The Connections Between Our Two Areas of Expertise 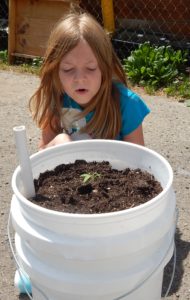 For those of you who only know us for the Learn & Grow Educational SeriesSM and its efforts to teach sustainable living concepts and methods, you might be interested to know that KPS4Parents, our non-profit organization, which owns the Learn & Grow Educational Series, has a whole different side to it. KPS4Parents also works with families of children with disabilities and helps them navigate the bureaucracy of the special education system, as well as other publicly funded programs and agencies created to serve their needs. 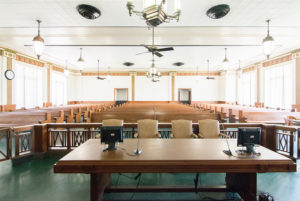 The types of services we provide as lay advocates, experts, and paralegals to these families may at first seem extremely different from our work with Learn & Grow, but it really isn’t. This post explains why.

Recently, herbicide manufacturer, Monsanto, was ordered to pay US$289 million to a claimant who asserted that its RoundUp® product caused his cancer. Now, just as with tobacco lawsuits decades ago, personal injury lawsuits against Monsanto making similar allegations are pending in courts across the United States, citing the most recent case as precedent. The connection between what people are exposed to in their environments and their health is becoming more clear.

Internationally, the entire nation of Vietnam is now asserting similar arguments against Monsanto for its role in manufacturing Agent Orange during the Vietnam War. This chemical warfare agent is alleged to have caused cancer among Vietnamese citizens and United States veterans who were deployed to Vietnam when Agent Orange was sprayed and became exposed to it.

Like RoundUp, Agent Orange was intended to kill plant life, specifically the dense foliage in which enemy combatants would hide. 20 million gallons of it was dumped on Vietnam, Laos, and Cambodia between 1961 and 1971.

Now, the 9th Circuit Court of Appeals has determined that the Environmental Protection Agency (EPA), under Scott Pruitt’s direction prior to his resignation amid allegations of ethics violations, violated the law and failed to consider the findings of its own scientists with respect to the safety of chlorpyrifos, which were commonly sprayed on citrus and other large-scale farm crops by commercial farmers.  The 9th Circuit ordered the EPA to stop the sale of chlorpyrifos within 60 days of its order.

And, here’s where our non-profit organization’s two seemingly unrelated endeavors collide: chlorpyrifos have been proven to cause neurodevelopmental damage to children who have eaten food from crops that have been sprayed with it. The purpose of the EPA is to protect people from that kind of harm. Now several states have joined together in a lawsuit against the EPA to enforce environmental protection laws with respect to chlorpyrifos.

The neurodevelopmental damage this has done to countless children over decades has far-reaching and long-lasting effects on the affected individuals, their families, and their communities. Individuals are reduced in their wage-earning abilities, their families are overly burdened with the time and cost that goes into caring for their loved ones with impairments, and communities are taxed to provide services to individuals who would otherwise be paying taxes, themselves, had they not become unnecessarily impaired.

Add to that, trace amounts of these chemicals are now being identified in popular processed and packaged foods, such as breakfast cereals, granolas, and grain-based snack bars. As people start to turn away from processed foods high in fats and sugars towards more healthy options that include whole grains, fruits, and vegetables, they still have to worry about the chemicals that have been sprayed on the plants that make these otherwise natural and healthy foods.

The evidence suggests that there is likely an abundant health risk to eating processed, packaged foods full of manufactured preservatives, artificial colors, and artificial flavorings. There is also evidence to suggest that buying frozen, canned, and/or fresh fruits and vegetables will still nonetheless expose consumers to health risks due to pesticide and herbicide use.

Processed foods using fruits and vegetables are likely have the double effect of commercial farming chemicals on their raw ingredients as well as unnatural substances used in processing. That creates even more potential for chemical interactions that would not otherwise occur in natural foods that can have a harmful effect on the human body.

Regardless of what valid empiricism may ultimately prove regarding the cause-and-effect connections between various commercial influences and public health, at this point, given what is known at this time, the data makes clear that there is evident health risk in consuming foods from commercialized food supplies. Until the scope and breadth of the actual risk is known, individuals, families, and communities have to make some serious, informed choices about where they want to get their food.

The irreversible harmful effects possible from chemically tainted food from the commercialized food supply make this an issue of public safety and directly relates to the other work we do on behalf of individuals with disabilities and their families. Health is not a given for any individual and disability takes as many different individual forms as there are individuals who have disabilities. 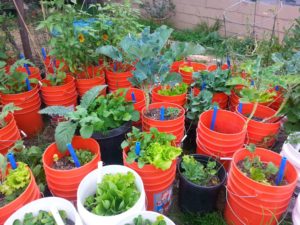 The most control individuals and families can exercise over their food quality is to grow it themselves. Consistent access to healthy foods is a key underlying factor to overall child welfare, physical health, and brain development. Child malnutrition is directly related to childhood disabilities that stand to impede academic success and/or social/emotional development.

While maintaining a healthy diet is not the only answer to addressing all of the challenges that face our evolving society, it is certainly a critical piece of it. Consistent access to food is a basic survival need and how well we meet it dictates how well we survive.

All of this calls to mind another public health crisis that was first successfully addressed towards the end of the 19th Century:  Cretinism. Medically, cretinism is congenital hypothyroidism and is treated and prevented by the sufficient dietary intake of iodine.

Because it is profit-driven, the commercialized food supply has evolved since then to include decades-long practices of skimping on product quality to increase the profitability of its products without regard to public safety. The diet-related health disorders that have resulted throughout the developed world as a result speak for themselves.

We now have at least three consecutive generations of adults in the developing world who do not know where real food comes from, do not know how to grow food for themselves, and do not know how to cook fresh ingredients into healthy meals. They have become dependent upon a commercialized food supply that started out as a convenience to supplement the foods people traditionally grew for themselves. 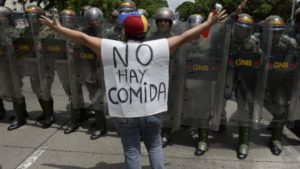 Venezuela is still largely web-enabled. This wasn’t a developing nation, this was a modern, industrialized society that collapsed when its economy collapsed. We’ve been pushing our how-to instruction for building self-watering containers to Venezuela since its food crisis began, reaching tens of thousands of Venezuelans through Facebook and Instagram. Our Spanish-language how-to video has over 102,000 views, so far.

Events in the world are forcing us to take back our individual responsibilities to grow our own food, just so we can control what we are eating and aren’t at the mercy of a commercialized food supply. The healthy body and brain development of our children depends on what we feed them, which means our future depends on feeding our children well.

KPS4Parents’ work through Learn & Grow to prevent childhood developmental delays and diet-related health disorders through quality food independence education reduces the need for us to fight the system to get services for children with neurodevelopmental disorders and their families. Preventing unnecessary harm to developing babies and children stands to have a more constructive long-term effect on our species than fighting for the rights of babies, children, and adults after the harm has already been done, though both are equally important so long as harm continues to be done.

Right now, we’re basically tackling the issue from both ends. This is how the issues pursued by our two seemingly unrelated disciplines interact with each other. They are only two pieces to a much larger puzzle.

We continue to build our online and in-person community in an effort to build out the whole puzzle of individual and societal health, and ask you to become a strong part of our growing community. Please use this site and our social media to access free instruction, project ideas, lesson plans, and community service suggestions and use Learn & Grow to help your family and community ensure everyone’s food security and dietary health.

← From Our Garden: Okra
The Value of Patience → 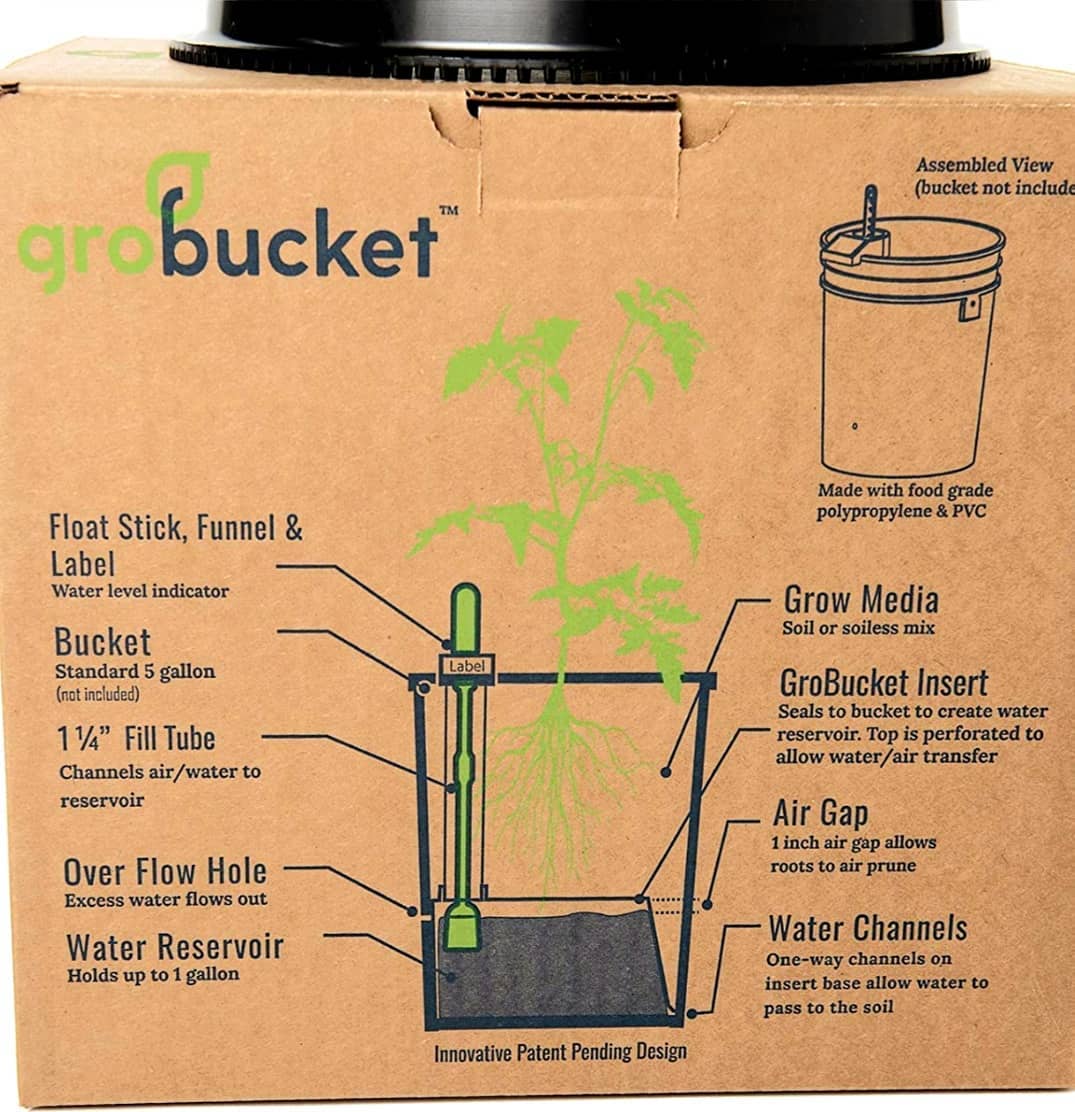 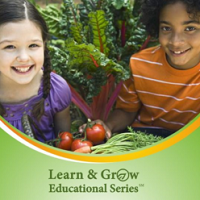